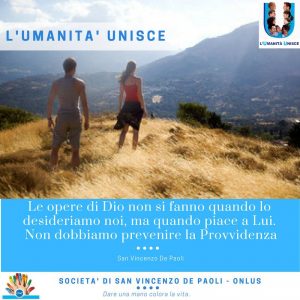 At the end of October, the town of Assisi, famous for having seen the birth of Saint Francis and Saint Clare, was the town chosen by the Superior Council of Italy for its national meeting, under the theme “the Unity of Humankind”.

About 800 fellow members from the whole country gathered in this mystical place in the region of Umbria to share and be trained in the Vincentian spirit, with the constant reflection of the need to be aware of the importance of representing a charisma that has as a hallmark the service and care to the most deprived persons.

This service “does not understand of quantity but of quality, and does not set economic objectives but human ones”, stated the National President of the SSVP Italy, Antonio Gianfico.

The work of the Conferences prioritizes proximity and empathy, love and the capacity to devote oneself personally to your neighbour. For this reason, this Assembly strengthened the great potential that the Society of St. Vincent de Paul has in its original NDA and that today keeps giving an answer to the “traditional” poverty but also to “the new emerging poverty”. Since, thanks to the personal involvement in the relation to the one that suffers most, we can realize their problems and thus take the necessary measures towards their holistic, spiritual and material recovery.

At this National Assembly, the fellow member Alessandro Ginota read an interesting statement of our dear President General, Renato Lima de Oliveira, which we attach in full. In his message, we highlight a beautiful phrase inspired by the motto of the meeting:  The way that the Vincentian chooses for the unity of humankind is the charity. Moreover, this should guide us in the service that we have chosen to get to the next stage: charity is closeness, assistance and justice as well; and there lies inexorably the recognition of the person’s DIGNITY. 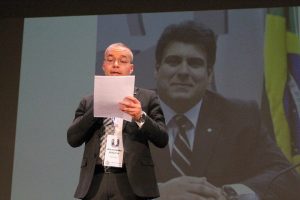 Gathering in Assisi – “The Unity of Humankind”.

Dear members of the Vincentian Conferences,

Remain steadfast in your prayers and in your vincentian work. Vincentian greetings.