The rapid international growth of the Society of Saint Vincent de Paul from its beginnings in Paris in the 19th century certainly owes much to the youthfulness of its founding members who carried the Vincentian inspiration and charism across the oceans.

In this way, the South African branch of the Society was founded by a young Scotsman aged just 20 (like Frédéric Ozanam when he founded the SSVP in Paris in 1833). Born in Edinburgh in 1836, Alexander Wilmot left Scotland in 1853 for Cape Town, at that time where it is still a British colony. Wilmot was a committed Vincentian, thoroughly familiar with the work of Frédéric Ozanam. Wishing to continue his work with the SSVP, which begun in the country of his birth, he obtained permission from Msgr. Griffith ( First Bishop of Cape Town) to form a Conference of Saint Vincent de Paul at St. Mary’s Cathedral on 17 November 1856. From there, the Society’s growth followed the path Wilmot himself took in professional terms working for the British government, a second conference was formed at Port Elizabeth, then a third at Grahamstown in 1859. 160 years later, the SSVP in South Africa now has 247 Conferences with over 2500 members and volunteers. 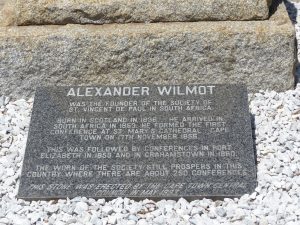 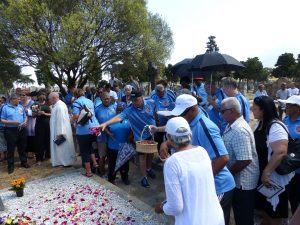 The core of SSVP work in South Africa has always been home visiting and helping the people in need. This help is given in the form of programs directed to vulnerable groups like the children and students in need, elderly people, homeless people, young single mothers, and so on and so forth. In specific terms, these projects are delivered in numerous ways: community shops, soup kitchens, drop-in centers, student grants, etc., and as it is everywhere, the Society in South Africa is financed through donations and fund-raising.

The celebrations for this 160th anniversary were held on 3rd to 4th December 2016 in Cape Town. The CGI was represented by Joseph Makwinja, 2nd deputy Vice-President General, who said:

“The past years have been successful years in many ways, and of course there have been some paths that may have been slightly difficult to travel, yet in spite and despite the odd stumbling blocks along the way, you can pride yourselves that you have been true and faithful to the dreams of our founders, Bl. Frederic Ozanam and his companions. The Society in South Africa continues to grow and to serve the less privileged all over South Africa. Let the Society of St. Vincent de Paul continue to be at the center of provision of service to the poor in South Africa, for men and women, for every individual in need”. 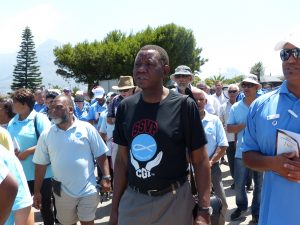 He also offered warm thanks to the outgoing National President, Clement Venter, for his work in the SSVP. His successor Peter Keshwar will soon take up his role on National Council.