Ivory Coast is in West Africa, part of zone 1 of the Africa 3 territory. It currently has 3 active conferences. Although previously well-established in the country, the Society of Saint Vincent de Paul has had a difficult time, and is trying to get back on its feet.  Last February, there was a meeting between CGI members and Vincentian Ivorians, to report on the situation.

History:
The SSVP was established in Ivory Coast in July 1952, when the first Conference was formed in Treichville (a district of Abidjan). Before the events of the political crisis which shook the country in the early 2000s, there were around twenty active conferences. The conflicts and the post-electoral crisis of 2010 brought an end to the work of the Conferences, and the SSVP experienced some stagnation, from which it has recently emerged with the appointment of a new team, very committed to its mission, under the guidance of Hélène Yao, appointed National President eighteen months ago. 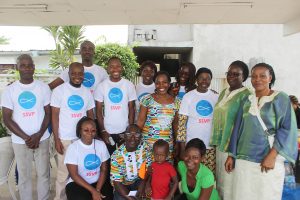 The priorities for the new team:

First of all, it is committed to restoring links with the Church, so that it is known to the clergy. Steps have been taken to meet with the Archbishop of Abidjan. Shortly after the meeting on 11 February, the National President met the Vicar General, who showed great interest in the SSVP and its vocation. The next step is to meet with and obtain recognition from the Director of Diocesan Works for Abidjan. Hélène YAO, National President explains: “this is an important step, since this recognition means that we are authorised to speak to parishioners at meetings and at Masses, the best way to publicise the work of the Society, arouse interest and recruit new members”. This programme to establish contact began in 2016 and continues in 2017, with the further objective of reactivating Conferences in abeyance and create new ones.

It is also urgent to find a Spiritual adviser for the National Council and contact has been made for this with the Brothers of Charity (Parish of Saint Antoine du Port at Abobo – Abidjan district). Twinning relationships must also be reactivated or created. Lievin Andhanga Muamba (Territorial Vice-President – Africa 3) and Marcel Tonde (Zone Coordinator) have also noted that the level of twinnage is very low across the continent, and this needs to be improved.

Despite being present in Ivory Coast for over 60 years, the SSVP is suffering from a lack of visibility and resources, linked not only to the poverty of the country and its level of development, but also to low membership. There are 16 dioceses in Ivory Coast, and the aim is to work initially within Abidjan, then go to the other regions to undertake an awareness-raising programme. The National Council does not have the resources for this. The plan is to start up an income-generating scheme (cyber-centre) to fund the work and running costs. An outside donor has provided basic computer equipment and there is Internet access, a significant advantage in a country where connection costs are high. But the main running costs for the Council are met by members, who contribute from their own pocket or through regular payments. 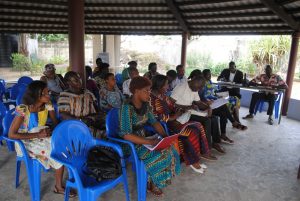 The work of the Conferences varies according to location: 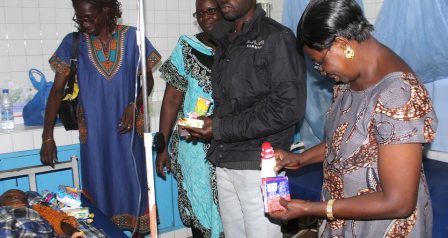 The members of both these conferences have many projects in mind, but always come up against the same obstacle: lack of premises because of the scarcity of available land which would allow them to develop income-generating activities.

Ivory Coast Vincentians have to deal with other problems, such as the unwillingness, especially among the young, to commit to voluntary work, while they have to struggle for their own survival. But the small National Council team and the Conference members have shown themselves very motivated: “We are well aware of the distance still to travel”, explains the National President, “but we are ready to play our full part in the global network of charity”.