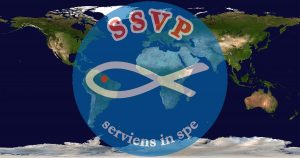 During 2019 the Society of St. Vincent de Paul will initiate a number of activities that are intended to the National Councils, the worldwide membership and the General Council itself.

At the beginning of the year, we will participate in the International Meeting of Vincentian Youth in Panama. This will be held a few days before the celebration of World Youth Day … hundreds of members of the SSVP will be present at this important event.

On February 8, the International Literary Contest, “The First Conference,” will be initiated. The focus will be placed on Paul Lamache, one of the seven “founding fathers” who had the divine inspiration to create the Society of Saint Vincent de Paul (1833). Participants will have four months to prepare their essays on the life of Lamache (maximum length is 15 pages).

In June, in the city of Oporto (Portugal), the General Council will organize its annual plenary session with the presidents of the National Councils. This year, the Council celebrates its 180 anniversary. At this gathering the song, “The Seven Founders,” will be presented in Portuguese and Spanish (for other languages, an international contest will be launched). Also, for the second consecutive year, the “Charity in Hope” Medal will be awarded, in recognition of an institution that provides humanitarian service.

The plenary session, which will last a week, will offer a series of workshops, including: the International Structure, the General Board of Directors, the Permanent Section, the International Executive Committee and, for the first time, a workshop on the Vincentian Thrift Shops. These stores, which offer second-hand products, are very common in several countries and provide additional income to the SSVP. At the same time these stores help people in need to acquire clothes, furniture and footwear at very economic prices.

In July a hearing is scheduled at the United Nations (UN), in New York, when a report on the activities and projects of the worldwide SSVP will be delivered.

In September we will visit the tomb of Paul Lamache, located in the city of Grenoble (France). The tombs of the co-founders Ozanam, Bailly de Surcy and Lallier have already been visited and in the course of time we hope to visit the seven places where the mortal remains of our founders rest.

In the field of communication, the General Council will publish the “Manual of Application of the International Logotype of the SSVP,” which was slightly updated during the Salamanca meeting, in 2018. A new institutional video is also being prepared and will include statistics and activities of the worldwide SSVP.

With regard to expanding the Society to new countries, the “SSVP Plus” Project is intended to reach to new places so that the worldwide network of  charity might become a reality. This project has bold objectives and its own budget . Within a brief period of time, the Cayman Islands, Greece, Gabon and Morocco (just to mention a few places) will be able to count on the presence of the SSVP

In the area of ​​formation, several modules of the “Universal Program” will be initiated. New books will be published, including “Quick Guide” which contains guidelines for the work of the Conferences, as well as an ethical code with regard to the use of social networks. We will also publish a protocol that will deal with the matter of raising resources through the internet.

These are the primary activities that the International General Council will initiate during 2019. We ask you to pray that God will bless us and allow us to achieve our goals. We thank all the members, brothers and sisters, who serve in the International Structure of the SSVP. They have gifted us with their talents and are most enthusiastic in exercising their ministry.

I am very happy to be the General President of worldwide Society of St. Vincent de Paul. I ask you to pray for me and my family and I assure you of my prayers.