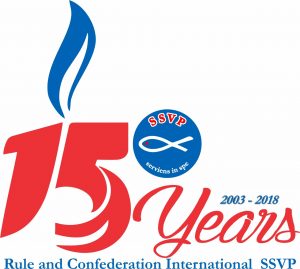 On October 18th, 2003, in Rome, an assembly of the Society of Saint Vincent de Paul was held where the network of charity that Federico dreamt of became an international confederation, with a modern rule that we must know, care for, love and follow. 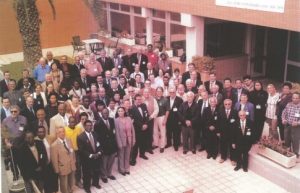 Until the year 2003, the General Council was not juridically an international entity, being a French association. In other words, there was no legal link between the different societies in the world.

The new Rule, in the second part, establishes the statutes of an international confederation as an entity of French law composed of various higher councils who voluntarily request their incorporation into the Confederation and establish their Internal statutes as part three of the Rule.

This confederation has given fruit in abundance in these 15 years, and today we have a truly global entity, always close to the Vincentian family, which helps those who suffer throughout the world through Conferences, Councils, works and twinnings, leading Humanitarian emergency assistance to sites with natural disasters.

All of this is possible, for funding through prudent administration and generous donations from the Superior Councils. The current mandate generated numerous innovations, such as transparency mechanisms, the creation of the Ombudsman Service, the thematic years on the seven founders and the live broadcasts of the meetings, among other achievements.

The Confederation and the rule today are pleasing realities for the daily life of the conferences and Vincentians councils, always “serving in hope”. We thank our predecessors, led by President Torremocha, who modernized the SSVP with its new rule and through the Confederacy. Thank you very much