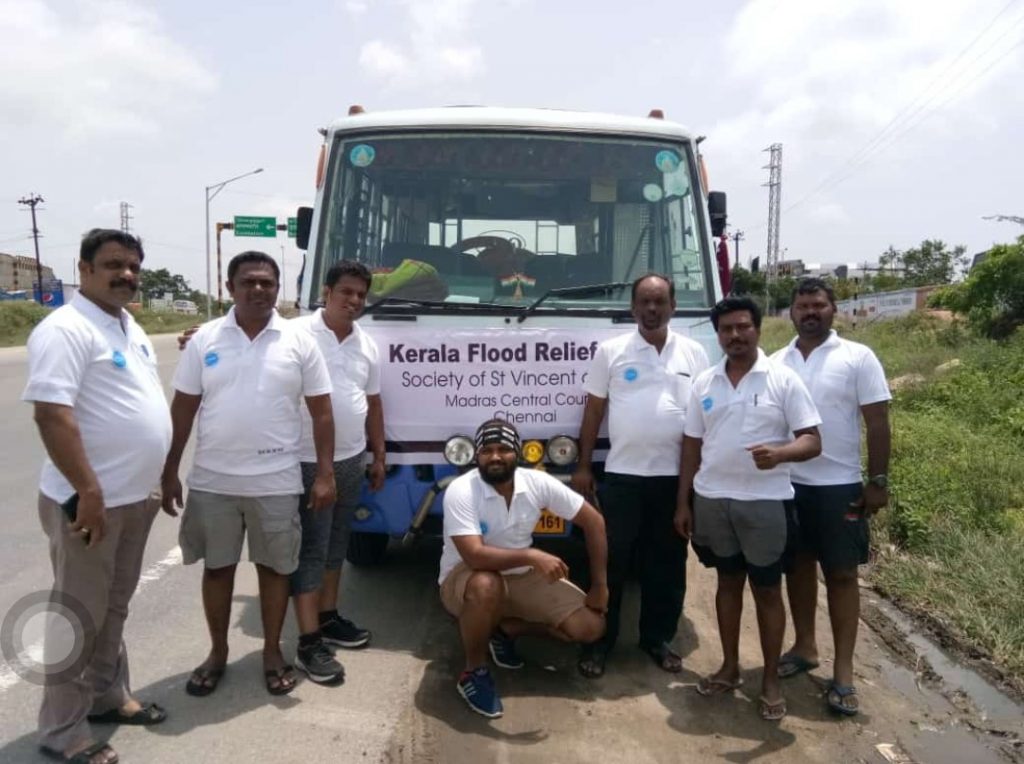 The unusually severe southwest monsoon rains led to the unprecedented floods in Kerala, India. Twenty six people died in a single day and the death toll as of today is 79. Thirty five out of 39 reservoirs in the state have burst their banks for the first time in history. For example, the hilly district of Wayanad is left isolated surrounded by flood waters. More than 85,000 people have displaced and 14 districts are placed on high alert.  The Cochin Airport where brother Renato Lima (President General) landed in 2017, when he did the official visit to Kerala, was shut for many hours this week.

SSVP on the ground is mustering all its strength and resources to assist the victims. The house of brother Johnson Varghese (National President and ITVP for Asia 1) has also been flooded and his family has moved to a safer place. The SSVP all over the country stands as one to share their concern and contribute for the relief work. “At the hour of our great worry and agony, we appeal to our Vincentian brothers and sisters all over the world for the solidarity of prayers”, declared our beloved brother Joseph Pandian, Vice-president General, who lives in India too.

“My state Kerala in the southern tip of India is badly affected by heavy floods. Many have lost their lives and many all their belongings. The heavy rain that is continuing for the last four weeks has put the state under huge crisis.  All the rivers are overflowing and as many as 24 dams are breached. Thousands of people are in relief camps. We are doing our best to support the people”, said brother Johnson.

The Council General International asks the SSVP worldwide to pray for the affected people in Kerala, especially assisted poor families and SSVP members and their own families, like brother Johnson. We intend to send urgent humanitarian aid to the Society of St. Vincent de Paul in Kerala, which will use these resources to help the poorest.